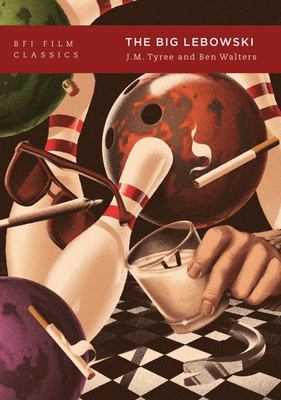 Ethan and Joel Coen's The Big Lebowski was released in 1998 to general bafflement. A decade on, it had become a cult classic and remains so over 20 years later, inspiring a thriving circuit of 'Lebowski Fests' during which costumed devotees gather at bowling alleys and guzzle White Russians. Beyond its superabundance of deliciously quotable lines, how has the movie inspired such remarkable affection? And why does its critical stock continue to rise?
The film's unlikely anchor is Jeff Bridges' career-best performance as Jeffrey Lebowski, a fully-baked 1960s radical turned Venice Beach drop-out known to his friends as 'the Dude'. Mistaken for an identically-named grandee whose young trophy wife is in trouble, the Dude finds himself embroiled in an impossibly convoluted kidnap plot involving pornographers, nihilists and threats to his 'johnson'. Worst of all, it conflicts with his bowling commitments.

In part an irreverent pastiche of Raymond Chandler's The Big Sleep (as filmed by Howard Hawks), The Big Lebowski is also a jukebox of film history, littered with playful references to everything from Hitchcock and Altman to Busby Berkeley. This riot of addled quotations reflects the film's Los Angeles setting, a discombobulated world inhabited by flakes, phonies and poseurs with put-on identities.

Like many Coen films, the movie plays havoc with the conventions of the crime genre and the absurdities of classical American 'heroism'. But it's also that rare thing: a comedy that gets richer, funnier and more affecting with each viewing. Beneath its breakneck pacing and foul-mouthed ribaldry, the Dude's story offers disarmingly humane lessons in the value of simple things: friendship, laughter and bowling.

In their foreword to this new edition, the authors reflect on Lebowski's cult status and its contemporary resonances as a film about gentle non-conformity and friendship in an increasingly polarized world. The new edition also includes an interview with the Coens, revealing the origins of the name 'Jeffrey Lebowski'.